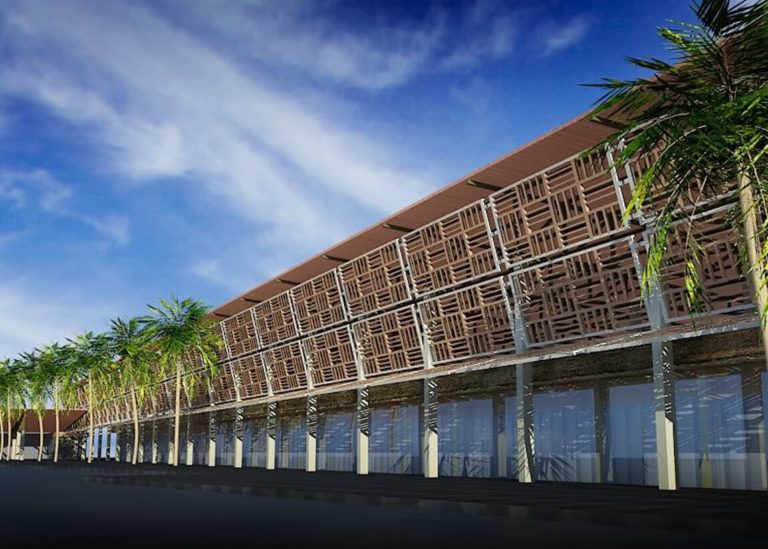 For most Filipinos, a transport terminal conjures images of dilapidated places teeming with people, reeking of diesel fumes, full of vendors hawking their wares, and echoing with the noise of barkers/dispatchers shouting their lungs out to call for passengers. The image is dreary to say the least; just thinking of it is enough to discourage anyone from commuting.

But things are getting better — for Legazpi City at least.

A group of young entrepreneurs from Bicol is modernizing Legazpi’s antiquated bus terminal by transforming it into an integrated transport-lifestyle complex with comforts and leisure facilities for commuters.

The LKY Group is scheduled to open early next month The Metro, Legazpi City’s state-of-the-art transport terminal. Built on a 3.9-hectare land, the P150-mil-lion project is expected to be a showcase of what terminals of the future should be.

“We want the system to be perfect,” he says. “We’ll be starting off with jeepneys and filcabs (FX) first, then buses.”

Lee likens The Metro to a modern air-port, with avant-garde design and efficient layout. The place boasts a computerized entry-exit system to give much needed order to the comings and goings of vehicles. Every driver is given a swipe card to serve as access card, ensuring fast and efficient terminal operations. The system is hooked to the TV monitors at the waiting areas for passengers to know the arrival and departure of their bus, jeepney or filcab.

That’s not all. The Metro will also have a lifestyle hub that promises to be a haven for road-weary travelers looking for a place to relax, be entertained or recharged.

Patterned after the Bonifacio High Street concept in Metro Manila, The Metro’s lifestyle hub will have retail stores, restaurants and bars to cater to all ages.

Big companies from Metro Manila are excited about The Metro since it will give them the opportunity to explore the vast potential of Legazpi City and the entire Bicol region.

Named after the explorer Miguel Lopez de Legazpi, the capital city of Albay province is a 10-hour drive from Manila and located right smack at the center of the Philippine peninsula.

Legazpi City acts as trading hub servicing the whole province of Albay and reaching as far as adjacent provinces such as Sorsogon, Masbate and Catanduanes.

The city hosts the southernmost airport of Luzon. And facing the Albay Gulf, it has one of Bicol’s most vibrant seaports.

On top of these, Legazpi City offers the best vantage point of the majestic Mayon volcano.

Lee, who’s president of the chamber of commerce in his home city Sorsogon, said The Metro’s rates are cheaper than the malls and no percentage of sales will be required of locators. “Unlike malls, our rates are purely on a per-square-meter basis. We want The Metro to become a one-stop-shop catering to all the transport and lifestyle needs of the Legazpi market.”

Lee added that The Metro will be used by commuters not only from Bicol but even from the Visayas and Mindanao. “We want it to be a one-stop-shop for all their needs,” he said.

The Metro was built without a single centavo coming from the government. A build-operate-and-transfer (BOT) project, it is completely funded by the private sec-tor and will be turned over to the government after 40 years.

Lee revealed that the LKY Group will soon be working on a similar project in Tacloban City.

With all these modern terminals coming up, Lee believes local and foreign travelers could look forward to comfortable journeys to the provinces.