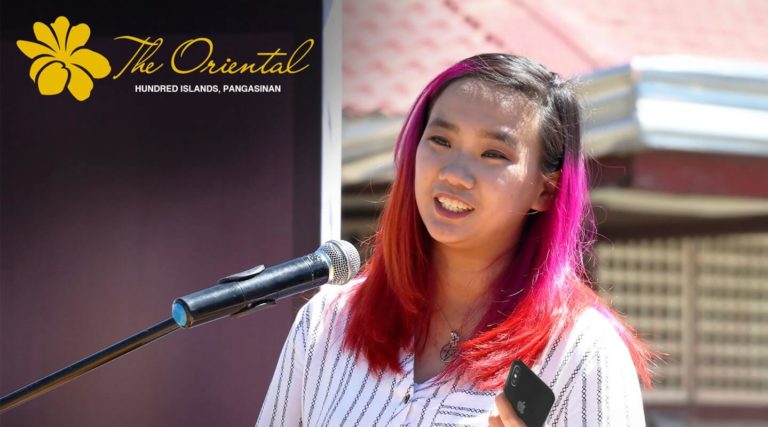 MANILA, Philippines — In her hotel uniform and pulled-back hair dyed magenta at the ends, 25-year-old Rebecca Marie Abigail Lee – call her Abi – can easily be mistaken for a hotel intern. She is, in fact, the president and CEO of The Oriental Hotels and Resorts, part of the LKY Group of Companies, making her one of the youngest chief hoteliers in the Philippines. Lee took up the reins of the business from her father Wilbert in mid-2018.

The concept of renewal, renovation and innovation is evident throughout The Oriental properties, which were all once old and abandoned hotels that have been given new life. The family-run business highlights the Lees’ knack for seeing the potential in old properties and their willingness to take the risk to develop each place.

The five properties under the brand are all centered around showcasing the best about the area that they are built in and all aim to promote regional tourism.

While the close proximity to the active volcano can raise safety concerns for some visitors, others purposely flock to the hotel to see the volcano from a relatively safe place. The Oriental Luxury Suites Tagaytay is the perfect hideaway.Lee shares that when Mayon started acting up earlier this year, despite some cancellations, the hotel was packed with visitors who wanted to witness the power of nature up close – from the comfort of the four-star hotel, especially from the 33 rooms that boast of a Mayon volcano view.

The Oriental Luxury Suites Tagaytay is an intimate property with only seven rooms perfect for a quick getaway from the metro or for small weddings and other events. The property plays up the fresh, cool air and the quiet moments that visitors long for amidst a magnificent view of the Taal Lake and Volcano.

The Oriental Hotel Bataan is known for hosting conventions and is one of the biggest convention hotels in Mariveles. It also has facilities for the Oriental Adventure Camp which can be utilized for team building activities.

The Oriental Leyte, located beside MacArthur Landing Memorial Park in Palo, was renovated recently, bouncing back from massive damage caused by Typhoon Yolanda in 2013. With its elegantly restored interiors, the hotel is a testament to the Lees’ resilience as a family and a business, emerging from the ruins wreaked by the devastating storm.

The Swagman Hotel in Ermita, Manila, retains both the name, its Australian roots and the popular Outback cafe. The Lees made sure to stay true to the look and feel of the hotel that already had a loyal following of Australian tourists.

One new addition to the Swagman is Jeremy’s Pizza Club, a pizza parlor that proves that Abi is not the only young hotelier/entrepreneur in the family. Her younger brother Jeremy, who is just 13 years old, has dreamt of opening his own pizza place since he was 10 and made that dream a reality earlier this year. The smell of freshly baked dough and melting cheese wafts from Jeremy’s Pizza Club to the adjoining hotel lobby, drawing guests into the small store.

The pizza with a thin, crisp crust comes in creative variants including shawarma, BLT and burger. Abi considers Jeremy’s Pizza Club as one of the highlights of Swagman Hotel and is obviously proud of her brother’s accomplishments at such a young age.

Looking ahead, Lee looks forward to hosting a large delegation of Bicol National Association of America for their national convention early next year that will be held in Legazpi City.

She is also at the helm of The Oriental’s expansion program which will see several developments in the coming years. The brand’s hotels are set to be built in some of the country’s most beautiful locations, including Baguio, Alaminos, Banaue, Pagsanjan, Sorsogon and Catbalogan.

What is perhaps most unexpected and definitely most impressive about Lee is that despite her youth, her thrust is preserving heritage. When asked what she brings to the table as a young hotelier – to which one might expect answers geared toward catering to millennials or utilizing technology – Lee says without missing a beat: she advocates the promotion of local and indigenous culture. This is reflected in the products sold and used at the hotels, and in the little design details that can be found all over the brand’s various properties. As Lee grows in her position as president, we are assured that The Oriental’s legacy is in good hands and the beauty and culture of each property’s location will not only be preserved, but celebrated.