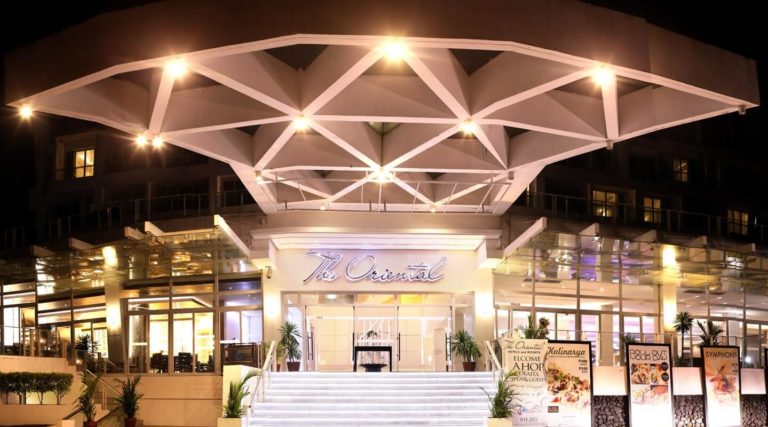 There has been a steady growth in the country’s tourism industry and along with this, a corresponding hike in the demand for hotel rooms to cater to the influx of foreign and domestic visitors.

With the entry of well-known international hotel chains in Manila, major cities, and key destinations in the Philippines, it is encouraging to note that a homegrown brand is riding this tourism wave, as it quietly expands its footprint in the countryside.

The Oriental Hotels and Resorts, which first made its presence felt in Legazpi City in Albay, is on a roll and is strengthening its market share in the provincial market.

A major firm within the LKY Group of Companies, the hotel chain is embracing the concept of renewal and innovation, as evident in the redevelopment of abandoned properties into lodgings, which were later given star ratings by the Department of Tourism (DOT).

Virtually an unknown player in the industry, the hotel broke into the scene in 2011 with its flagship property, the four-star The Oriental Legazpi, arguably the best in Bicol which has become an aspirational destination of sorts. The 112-room DOT-accredited lodging boasts of a grand ballroom with a 1,200-seat theater-type capacity, six function rooms with a 250-person capacity, three dining outlets, a wellness spa, a fitness gym and an infinity pool with a stunning view of the Mayon Volcano, which is known for its perfect cone.

It has hosted prestigious regional, national and global conferences and events, and is largely credited for the boom of visitor arrivals in Albay and the Bicol region. Currently undergoing a room renovation, it recently hosted the convention of the Bicol National Association of America, the biggest group of Bicolanos in the United States.

Just this summer, The Oriental Albay was launched, a reincarnation of a famous 1980s boutique business hotel in downtown Legazpi City.

As part of its expansion binge, the hotel group recently broke ground for the 100-room The Oriental Hundred Islands in Alaminos City, Pangasinan, the jump-off point to the famed national park of 123 islets. To be completed next year, it will have private villas, seafood and al fresco dining, infinity pool, cabanas, a 1,000-person pavilion, spa and fitness center, and water sports recreation.

Sitting beside the Lucap Wharf, the resort will sport contemporary Asian architecture using natural and cultural-inspired materials, and is envisioned to be a game-changer in the tourism landscape of the area which has a dearth in luxe lodging.

Lee enthused that the firm is also looking at the redevelopment of the government-owned Banaue Hotel, the biggest and most sought-after lodging at the Ifugao Rice Terraces, and the construction of a low-density luxury resort in a white island beach in Luzon’s southernmost tip.

Complementing its presence in other locations is The Oriental Luxury Suites in Tagaytay City, a seven-room special events place overlooking Taal Lake and Volcano.

Up north, it opened The Oriental Hotel Bataan from a hilltop government facility built in the 1970s inside the then Bataan Export Processing Zone (now the Freeport Area in Bataan) in Mariveles. It has a viewdeck bar and grill, wellness spa, team-building camp and the adjunct 300-room The Dormitory, a classy but affordable long-term accommodation managed by its subsidiary, the Oriental Dormitory Management & Administration Services Inc.

In Manila, it has the Australian-inspired Swagman Hotel in Ermita, a mid-priced accommodation which is trying to get known as a dining destination with its steak and burger.

As its name suggests, The Oriental attempts to be authentic in espousing Asian spirit in every aspect of its operations, from the architectural character of the hotels, the culinary experience it offers, the signature hospitality of its staff, down to the attire of its personnel.

Lee concluded that despite their expansion efforts, the group continues to advocate for indigenous culture by making local crafts and products an integral part of the properties, and exuding the inimitable Filipino soul in the global market.