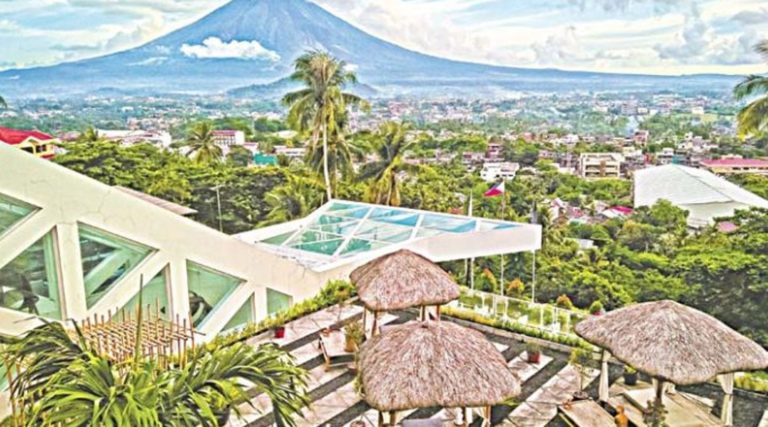 THERE is good news brewing in the property and hospitality sectors as homegrown brand The Oriental Hotels and Resorts is embarking on an expansion binge in some of the country’s top tourist destinations.

The hotel chain, which is part of the LKY Group of Cos., is embracing the concept of renewal and innovation in this venture, evident in the revival and redevelopment of once-abandoned properties into star-rated accommodations.

According to Rebecca Marie Abigail Lee, president and chief executive officer of the Oriental group, the expansion highlights the thrust of the family-run business in giving a new on lease on life to old hotel buildings which have been part of the history of the localities.

The millennial executive, who assumed the hotel’s top post in the middle of the year, said that the chain is setting its sights on key locations, such as Baguio City, Banaue, Alaminos City and Sorsogon to cater the growing number of visitors looking for middle to high-end accommodation.

She said that for Baguio, the chain is eyeing the revival of the Diplomat Hotel at Dominican Hill, one of the highest and most secluded points with a very panoramic view of the City of Pines.

For Banaue, Lee revealed that they are about to consummate the deal for the lease of Banaue Hotel owned by the Tourism Infrastructure and Enterprise Zone Authority (Tieza), the biggest and most sought-after lodging at the Ifugao Rice Terraces area.

Meanwhile, the renovation for the Alaminos City hotel, another Tieza-owned property is in the works and is expected to be completed next year. Located at the Lucap Wharf, the entry point to the Hundred Islands National Park.

Also about to open late this year is The Oriental Albay, a reboot of a well-known boutique business hotel in downtown Legazpi City in the 1990s.

It is also exploring options for another one property in Pagsanjan, Laguna, which is known for the world-famous Pagsanjan Falls.

“The thrust of Oriental Hotels and Resorts is to preserve heritage, evident in the type of buildings we have been acquiring for renovation,” the young hotelier beams.

She said that these new developments will boost its current inventory of five properties in Legazpi City, Leyte, Bataan, Tagaytay and Ermita.

Virtually an unknown player in the industry, the hotel chain made its presence felt with the opening of its first project in Legazpi City, Albay, in 2011. At a hilly part of the city which offers a panoramic of Mayon Volcano, the four-star lodging was an instant success being among the best in the Bicol region.

The 115-room facility is the second reincarnation of the once-iconic Mayon Imperial Hotel in the 1980s and later became Mayon International Hotel in the mid-1990s.

Another notable property is beach resort-themed Oriental Leyte, beside MacArthur Landing Memorial Park in Palo, which was rebuilt after being totally destroyed by Supertyphoon Yolanda in 2013. Situated in the outskirts of Tacloban City, it stands at a long-neglected called McArthur Park Resort, another former Tieza property.

Its other properties are the Oriental Luxury Suites in Tagaytay City, a seven-room special events place overlooking Taal Lake and Volcano; The Oriental Hotel Bataan inside the Freeport Area in Bataan in Mariveles town, which has an adventure camp for team-building activities; and the Australian-inspired Swagman Hotel in Ermita, Manila. The latter is a mid-priced accommodation which is trying to make a name as a dining destination in the former tourist belt trying to revive its glory days.

And true to its name, the brand attempts to be faithful in espousing the spirit of Asia in every facet of operations—the character and architecture of the properties, the cuisine it offers, the service and hospitality extended by its staff, and even down to the attire of its frontline personnel.

Lee concluded, “Even as we go on an expansion binge, we continue to advocate the promotion of indigenous culture and patronage of local products. This is part of our corporate philosophy which is reflected in the products we are using or selling, and in the details that can be found in the various hotels.”